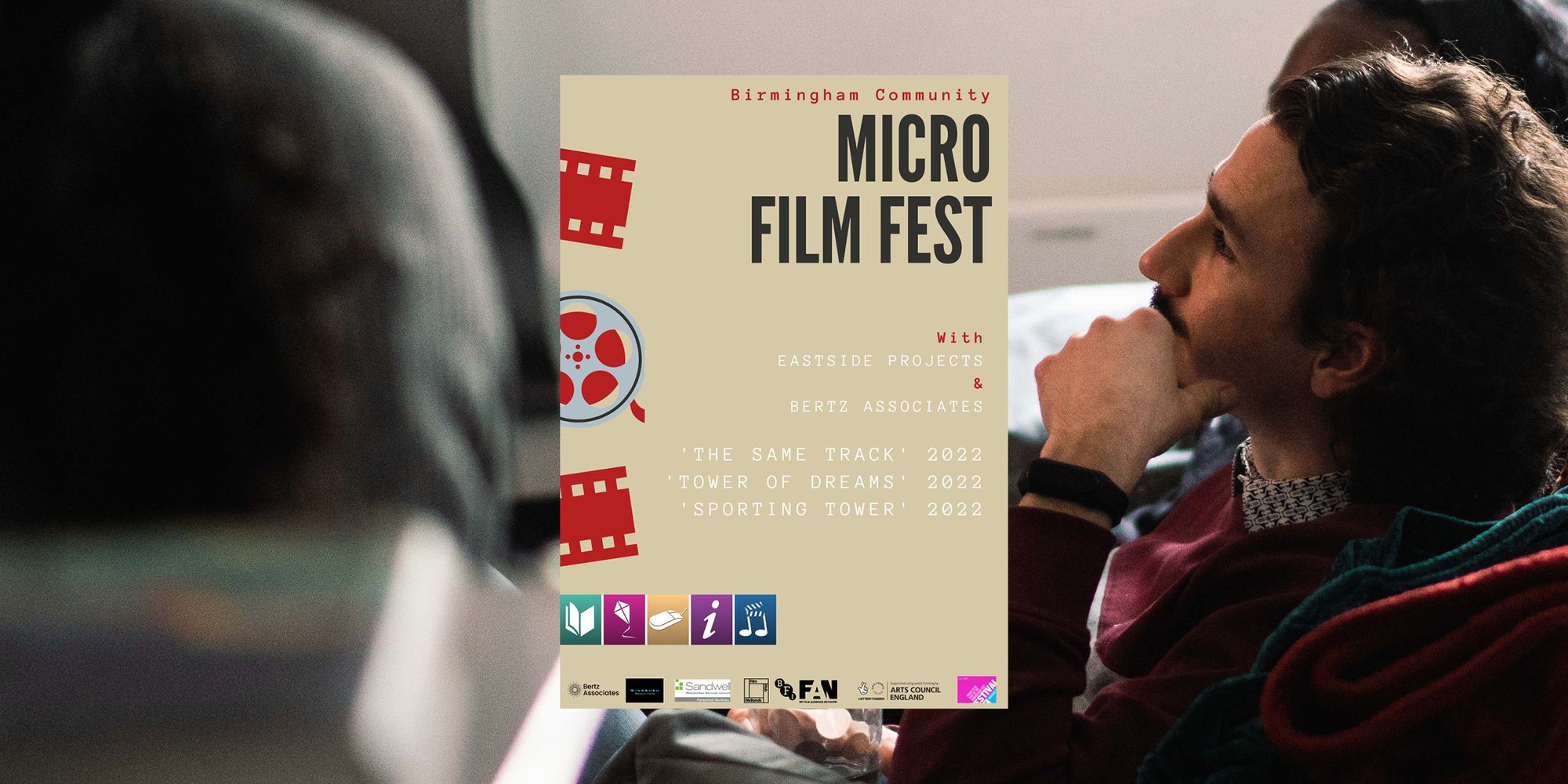 We're excited to be hosting a screening in the CIVIC SQUARE Studio on Sunday 7th August, 12pm - 2pm as part of Birmingham Community Micro Film Fest, including two films about the nearby much loved Tower Ballroom.

Tower Ballroom is a local cultural icon and site of much significance, memory and incredible stories from its rich history, as well as dreaming and imagination for the future of our places thanks to Bertz Associates and many incredible people in our neighbourhood through Dreaming Tower Ballroom, ERCO (Edgbaston Reservoir Co) and many others who are working to bring the tower back to the people in a way that protects the local ecology.

Dir. Thenjiwe Kiki Nkosi
Duration: 5 mins
Synopsis
Reminiscent of her previous film Suspension, Thenjiwe will address the makeup of participants in the games in comparison to the physical structures. What changes? What remains constant? And what does it mean to participate in the games at all?
About Thenjiwe Niki Nkosi
While Thenjiwe is best known as a painter, her practice spans multiple mediums including film, installation and performance. Thenjiwe confronts complex and often chaotic notions of identiy, race, power, memory, migration, and athleticism. The artists’ sharp vision for colour, line, and balance creates art that is about the act of painting itself, and the social issues that it represents.
Equations for a Body at Rest
Johannesburg-based painter and filmmaker Thenjiwe Niki Nkosi presents a multi-site multimedia artwork titled Equations for a Body at Rest , which tracks the history and symbolic presentation of the Commonwealth Games (and, by association, the Commonwealth body itself) from its genesis in empire to the current day. Dir. Pogus Ceasar
Duration: 40 mins
Tower of Dreams is a deeply personal documentary about six people and their relationship to The Tower Ballroom, Birmingham, UK. An intimate love story dedicated to a historic venue that is now considered defunct, but has hosted numerous events and created an abundance of memories.
Tower of Dreams is an emotionally driven documentary that celebrates a vital component of Birmingham's history, now lost. Opened to the public in 1876, The Tower Ballroom provided a haven that celebrated cultures irrespective of race, creed or colour. Throughout the decades, music, dance, cuisine, sport and romance were played out in the most exuberant manner. At heart of it, Tower Of Dreams is the love letter written by Maverney Kettle, Bernie Dixon, Kate Cook, Simon Mills, Darryl Georgiou and Colonel Red - it should have been posted a long time ago!
About Pogus Caesar
Raised in Birmingham, Dr Pogus Caesar is an award-winning multidisciplinary artist. As a series producer and director, he has worked on a range of broadcast programmes including a senior producer-director in Canada and Italy, providing content for late-night entertainment. Windrush Productions was later established in 1993.
Bertz Associates - Tower of Dreams
Tower of Dreams is inspired by our recent Dreaming Tower Ballroom project, where we collected stories from people who remember this iconic venue. For Tower of Dreams we wanted to delve deeper into how music, specifically, has brought ordinary people together and hear stories about all the people

Dir. Yonatan Tiruneh
Duration: 5 mins
Synopsis
A eulogy to the Tower Ballroom that hosted so many important sports events of people of all backgrounds. Working with a group of young people, the film celebrates the history of almost two hundred years in a meditation of what the place could have been dreamed into with young people’s imagination.
About Yonatan Tiruneh
Yonatan Tiruneh is an Ethiopean-born, Birmingham-raised filmmaker with a focus on documentaries and narrative drama. Yonatan’s clients include Paramount Pictures, ITV, BBC, Snowdon Productions and Sky Arts. Yonatan grew up near the Tower Ballroom, Birmingham. His lived experience, as well as that on set, enable him to explore various themes in his work. He is a recipient of the Adil Ray  OBE Scholarship for Screen & Film School Birmingham.
Bertz Associates - Sporting Tower
Sporting Tower We are working with Eastside projects on screening three films as part of a Micro Film Tour Festival: The Same Track, Sporting Tower & Tower of Dreams - 3 exclusive films on sports and Birmingham's heritage.

Let Us Know You Will Be Joining Us